Facts here are verifiable. Opinions here are protected under fair use and the First Amendment to the United States Constitution.

Learn the Truth about Trunited's abuse, lies, and illegal and fraudulent actions.

Scroll down for all the details!

Let us know what steps you've taken so we can help you and the authorities bring Trunited to justice.

...at https://trunited.com/passport/balance/withdrawal/ . Trunited has stolen tens of thousands of dollars by falsifying or preventing withdrawals.

2. DISPUTE (charge back) every dollar!

...for products and services Trunited did not deliver, or delivered late or damaged.

3. STOP RECRUITING others into Trunited!

...so that you are no longer an accomplice to Trunited's abuse, lies, and illegal and fraudulent actions. End your legal liability as an accomplice.

Trunited has stolen tens of thousands of dollars via this scheme, violating Federal and state laws regulating gift cards.

5. CHARGE all your purchases on a credit (not debit) card

...so that you can exercise your dispute (charge back) rights when Trunited adds you to the hundreds of thousands of dollars of products and services they have not delivered, or delivered late or damaged.

Abused by Trunited? Help yourself and others by filing complaints with:

Want to discuss Trunited's lies with executives and staff?

LIE #1 - Trunited executives only earn money from the compensation plan.

Trunited published globally that "...every member will participate in the process and get paid in the same fashion, including Dr. Porter." 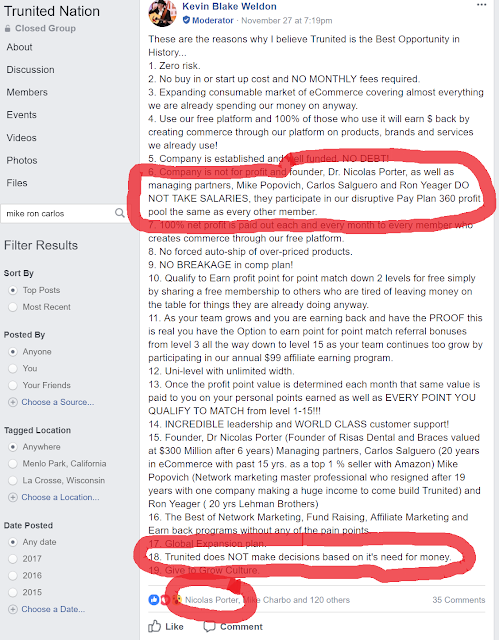 Nicole Porter (aka Nicole Ianni) and Nicolas Porter own NG Holdings LLC (click on "2017 Original Annual Report" on this page), which owns these trademarks:

Carlos Salguero owns DirectDeals on Amazon and NetDirect on eBay. 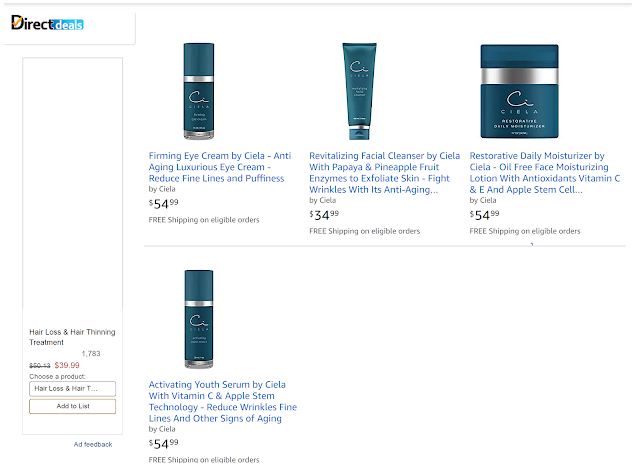 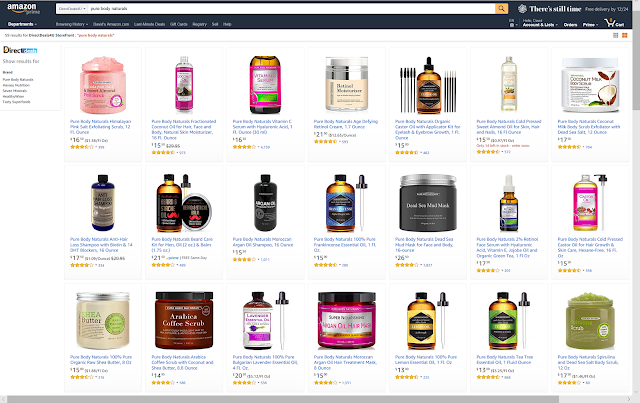 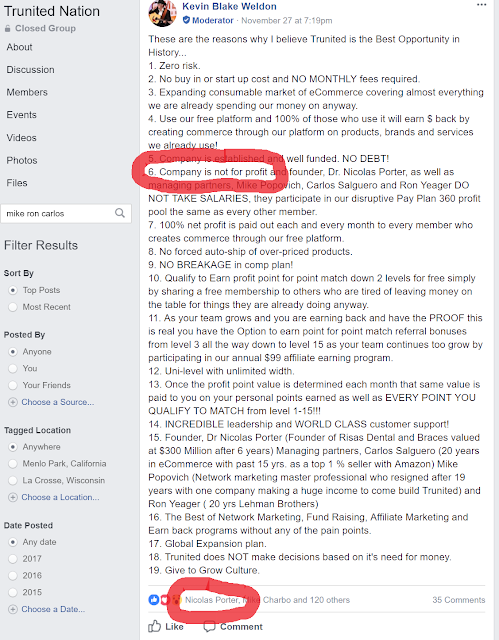 On December 8, 2017, Trunited and Nicolas Porter published this fraudulent statement.

On December 8, 2017, Trunited and Nicolas Porter had NOT PAID well over $40,000 of the amount claimed.  Facts from the state and Federal regulators pursuing this payment fraud will soon be available here.

LIE #4 - Ciela, Healthy Vida, Oregon Trail, Spring in the Air, and Vengo products are top selling brands on Amazon with no relation to Trunited.

Truth #4a - Ciela, Healthy Vida, and Vengo products were created by Trunited for Trunited.


Review the data for these brands in any of these tools.